NED HOSTE APRIL 13, 2020 BIG IDEAS LIBRARY, HOW TO DESIGN A BOOK AND OTHER STORIES… 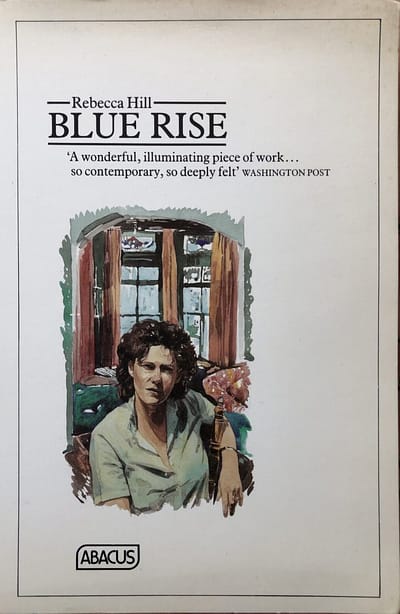 There was something very cool about the Abacus imprint at Sphere; a unique, rare joy infused their tiny office space where Mike Petty, the editorial director, often penned his unnerving but highly diverting design feedback as song lyrics.

Mike had been brought in to curate a distinct and literary list. During my time at Sphere, he lovingly nurtured this list with some very high profile authors including, Anthony Burgess, Christopher Hope, Alison Lurie and Bernice Rubens.

Mike’s assistant editor Morven Blair, who proofread the cover artworks, had a ready laugh and the air of a woman who had truly found her happy place in the world, would also use the lyric technique, which meant that feedback was sometimes a little difficult to decode. On the back of the rough for Rebecca Hill’s Blue Rise, I received,  “Awop bob alula*” from Mike and “awop bam boom!” from Morven - I guess they must have liked it.

The Abacus imprint included some paperback originals, as well as paperback versions of hardbacks from elsewhere in the Thomson Group sister companies like Hamish Hamilton and Bodley Head. The books were a large format paperback, known as ‘B format’. The look of the list was emphatically design led and had a very different design process from the small format paperbacks that were the bread and butter of the Sphere list.

Blue Rise was my first cover for Abacus. Looking at it now I would make more of the illustration, which I remember was a vibrantly beautiful water colour. When it was handed to me to do the design it felt very precious. These were the days before Amazon and you could allow the type and image to be a little smaller and make the space on the page work harder. Today, us book designers work in a world where the first view of a book cover will quite probably be the size of a postage stamp on a screen rather than across a crowded book store so we must continually be aware and adapt our approach for the audience.

When pasting up these covers for artwork all the key line boxes were hand drawn on the front and back covers. Getting those corners precise was a real pain!

NB you’ll find the cover is yellowed through age. The acid in the paper is gradually discolouring the fresh white of the original.

Next time, The Right to Know, a cover design for one of the most politically sensitive exposés of the 1980s.