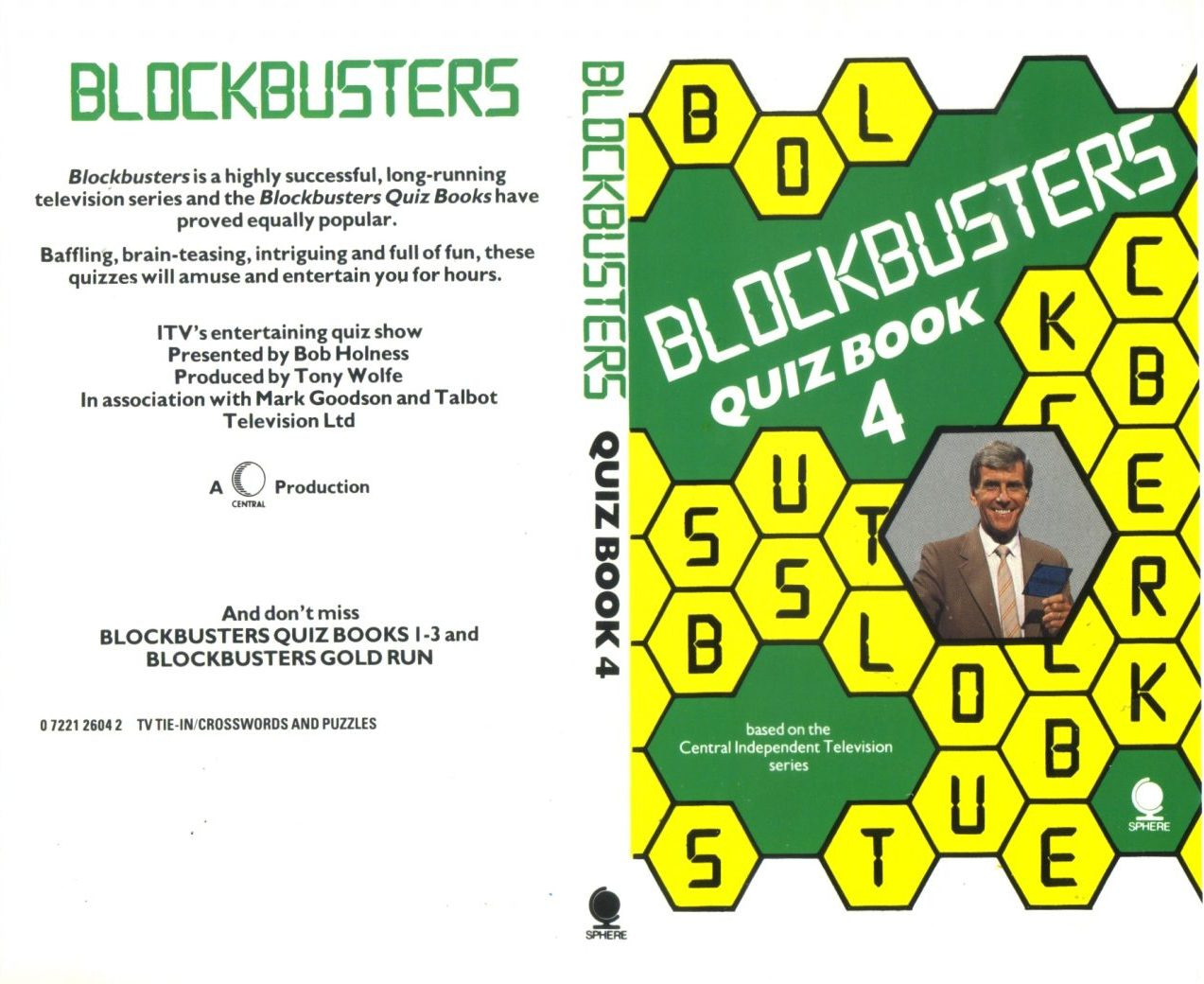 NED HOSTE MARCH 2, 2020 BIG IDEAS LIBRARY, HOW TO DESIGN A BOOK AND OTHER STORIES…

Slob, berk and the blindingly obvious

During the 1980s Blockbusters was a hugely popular TV quiz in the UK. An American import, the show’s enthusiastic contestants answered trivia questions based on an initial letter that they picked from a board. The idea being to complete a run of letters and create a word before the opposition.  Say, “I’ll have a B please Bob” to anyone of a certain age and they’ll know instantly what you’re talking about.

Sphere Books won the rights battle to publish a series of tie-in books, enabling people to quiz away in their homes. As ever, we were on a tight deadline and the typeface was not available at any typesetters. This landed me the job of drawing the entire Blockbusters alphabet in order to make up the cover and letter grids. 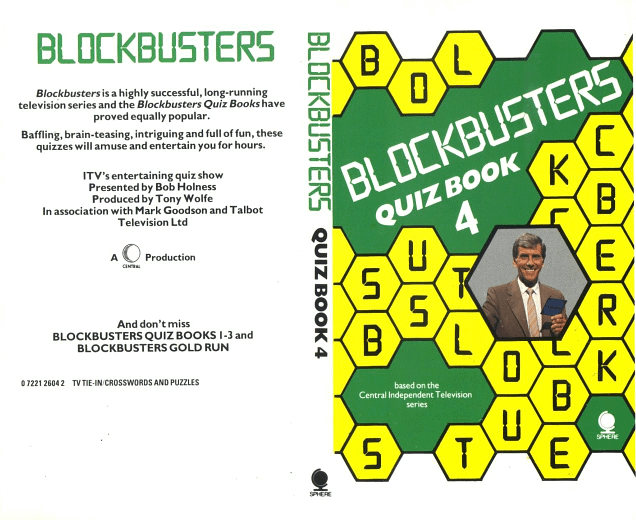 All straight lines, it was a straightforward typeface to draw, I just had to be really accurate with the width of each stroke, so they were all identical weights. We were still in the days of painting each letter individually onto a high grade drawing card. The letters were then photographed using the Photo Mechanical Transfer (PMT) process. I also had to draw up the master honeycomb grid for the cover and inside quizzes.

To create the front cover design, my bright idea was to begin with a B in the top left hexagon of the grid and carry on working left to right, using the letters to spell out the show’s title: B L O C K B U S T E R, and repeating the sequence until I reached the bottom right hexagon. I thought it a smart use of the title and gave the appearance of random letters. Within the grid I was also obliged to create areas for the title and photograph of a smiling Bob Holness, the show’s much loved presenter.

This same grid was used for ALL the book runs in the series, which, I seem to remember, went well into double figures. And the lesson? Always step back from your design and look at it with fresh eyes! The other lesson is that editors, sub editors, publicity, sales, the presenters themselves and commissioners do not always spot everything. Fans, however, invariably do, although to my knowledge we never got letters!

I also got the job to design the whole book and this required me pasting up every grid with the individual letters, (100 grids per book) and typesetting the questions. Intensely laborious, compared with how you would do it today, there was something quite mesmeric about the work. You could listen to music and disappear to your happy place, as the muscle-memory kicked in from the day before. This method undoubtedly prepared me for a series of Sudoku books I was to design around 16 years later.