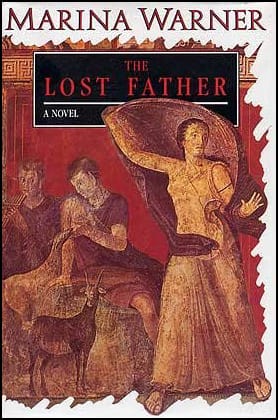 Endings, beginnings and an unexpected offer

At the beginning of 1988, and still at Slatter-Anderson, I was getting busier with self-employed work. I was being commissioned by Transworld books, plus regular cartoon and design jobs for Video Arts. Meanwhile, at Slatter-Anderson I was working on an extensive test packaging project for Elida Gibbs for All Clear hair products and “re-imagined” toothpaste tubes. I was doing all the lettering artwork and technical drawings - oh, the glamour! 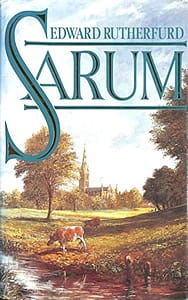 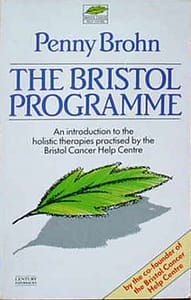 While I focussed my creative energies on shampoo and toothpaste the Slatter-Anderson book and publicity production line rolled on. I was also required to work on some book big covers and promotions, including Sarum by Edward Rutherfurd (marketed with six different covers so the reader could choose their favourite); Kaffe Fassett’s Needlepoint book, a departure from his knitting books, which were to be sold as kits by Hugh Erhman (a name that I’ll come back to); and a series of breast cancer support books for the Bristol Cancer Help Centre.  I also squeezed in the design and installation of several shop window displays for some of the big London bookstores in Piccadilly, Gower Street and Trafalgar Square.

At this point, 100 hour working weeks were not uncommon, not including the daily commute from Peckham to Fulham, which any Londoner will tell you can get ugly. I was getting very tired. I was also increasingly frustrated with the unrelenting demands of Slatter-Anderson for speed over than creativity.

To keep my health and sanity I finally handed in my notice at the end of February with an agreement that I would not approach any Slatter-Anderson clients for 12 months. This initially seemed entirely reasonable, however, it soon dawned on me that, such was Slatter-Anderson’s reach, if I was to work for myself full-time I had effectively just shut the door on a third of UK publishing industry as potential sources of work, including three people I already knew. I spoke to Lizzie, my old boss from Sphere, now art director at Transworld, and Larry Finlay the then publicity and sales manager. Both of them were already giving me work and said they had plenty more if I could take it on. Well, that was a start, but for self-employed status I needed work from more than one publisher. Research was needed. I bought a copy of the Artist and Writer’s Yearbook - the Who’s Who of UK publishing (Google was still 12 years away).

It didn’t take me long to work out that happily there were many publishers outside Random House Group and Hodder & Stoughton, I just had to get out and meet people. London’s Bedford Square appeared to be the epicentre including so I decided to target Chatto & Windus, Hogarth Press (originally set up by Virginia Woolf and her husband in Richmond), Bodley Head and Jonathan Cape. I started ringing round, hoping to get one appointment to show my portfolio. I left Slatter Anderson on Friday 1st May and had appointments on the following Monday.

On my final Friday with Slatter-Anderson we all had lunch together. Robin had to leave early to get back for some deadlines and when the rest of us returned to the office he hid what he was doing. With a twinge of sadness I realised that, despite my loyalty and hard work, I was already a threat to the business. I handed back my studio keys and, as I walked down Crabtree Lane for the final time, with 1200 projects under my belt in 18 months I felt a delightful sense of release and tug of new opportunities. It was hard not to break into a run!

Over the weekend I completely overhauled my portfolio and packed my brand new 2H Design and Illustration business cards into my bag.

My first meeting was with the art director at Bodely Head. I left his office with a commission for a couple of biography covers: Enoch Powell and Paul Robeson (you really couldn’t get a more dramatic contrast  between two people) and a request, “Can you get some designs back by Friday?”

My next meeting was next door at Chatto & Windus with art director Andrea Pennington. Chatto worked in a different way, the editors briefed the designers and Andrea managed the schedule and liaised with production. She took me round the labyrinth of the old building to meet two of the editors and finally to the office of managing director Carmen Callil. Carmen had set up Virago Press in the early 70s and had a tough reputation. On my journey between editors I had picked up a further three cover commissions, this day could not be going better, could it?

Finally, I was led into Carmen Callil’s office. A vast, high-ceilinged room that must have been the drawing room of their elegant Georgian town house offices. The room’s big widows looked out over the bustle of Bedford Square and illuminated Carmen’s desk and the floor surrounding it. Both were covered in tall, precariously balanced piles of manuscripts. From behind this wall of paper came a curt “Yes?” Andrea introduced me and was then dismissed as Carmen emerged from behind her paper towers. A small woman with dark curly hair held back from her face by glasses, in a white shirt, heavy long skirt and a striking necklace, Carmen looked every inch the literary intellectual.

Under an unwavering and somewhat unnerving stare, in a strong, clear Australian accent Carmen told me to sit down. “Have you got a portfolio with you? I like to meet the designers we use.”

I had not expected this and, as I laid my portfolio on the coffee table between the two sofas that looked like they would swallow us whole, I was sure my hand was shaking.

Still standing, Carmen flipped through the first few pages and fixed me with another icy stare, “You know these are very…” there was a long, reality show-style pause “…commercial.”

“Yes, of course, I have more hardback and literary fiction later on.” Carmen flipped though the rest of my portfolio in silence and, slowly closing it, walked across to her desk and picked up a manuscript. Disturbing the other manuscripts as she did so, they swayed alarmingly before gradually regaining their equilibrium.

Carmen continued, “This is a lead title for the end of the year, can you design it?” I knew I could but saying it out loud seemed somehow more difficult.

“Of course” I finally managed.

This is the final cover that Carmen chose.

“It’s for Marina Warner’s new book The Lost Father and I need some options for a meeting with Marina at the end of the week.”

“No, I want it by Wednesday.” Carmen handed me the pages held together by coloured elastic bands. Then a real bolt from the blue, “Andrea is leaving us soon and we are looking for a new art director, would you do it?” I was suddenly very aware of the clock ticking on the mantlepiece… “Don’t answer me now, you’ll need to think about it, tell me when you bring the covers in on Wednesday” another pause you could drive a truck through, “Off you go” said Carmen with a gentle double-clap of her hands, “and on your way out please drop into the publicity department because you’ll also need to work on the point of sale materials as well.”

Somewhat stunned, I made my way down to the ground floor to the publicity department where I met Andrew Holgate. Today, Andrew is the editor of The Sunday Times book section. Andrew had himself just started and briefed me on the point of sale and newspaper campaign. It was the start of a very long friendship.

Next: The Book that Haunts me and The Job That Got Away.

This song was playing on the radio as I drove back from Bedford Square to Peckham. Whenever I hear it, it takes me right back to that sunny Spring afternoon.