Now where was I? … Here in the UK we are still enduring, hopefully, the last lockdown of the COVID-19 pandemic that started in early 2020.  It has been a weird time and finding headspace to write has been difficult. It has been a few months, but I’m back on it now!

Towards the end of 1988 the announcement was made that Chatto, Jonathan Cape, Chatto Poetry and The Hogarth Press were to become part of Random House Group. This would also mean a move from Chatto’s lovely Georgian offices in Bedford Square to Random House HQ that occupied a modern building in Chandos Place, Covent Garden. The ground was shifting under my feet and as publishing world began to change it was a worrying time.

From an industry point-of-view, it reflected the shift to a whole scale centralisation of UK publishers into large publishing groups, bringing with it seismic change in the publishing world that still plays out today.

From a personal point-of-view for my fledgling 2H Design & Illustration, I was working with all these imprints and their publicity departments,  but would they still exist once amalgamated into a new group? Would they centralise publicity and design departments? On the first day of this new world order, my commissioner Carmen at Callil Chatto & Windus told me not to worry, as she summoned me in to be briefed on some new titles.

A major difference for me was that now, some twelve months on from leaving Slatter Anderson, I was free to approach the imprints I had worked with while with them. Walking back in to Century Hutchinson felt weird and I tried to appear confident as I approached the receptionist. This particular ‘gatekeeper’ was a renowned and formidable barrier to any young hopeful attempting to ‘drop off’ an unsolicited manuscript or hoping to ‘bump into’ a commissioning editor. Even though I knew a lot of people in the Century Hutchinson Group, Slatter Anderson had required my silence on leaving. Looking back it was clearly to stop people coming to me with work. The receptionist looked up… “Where have you been? You haven’t been in for ages! Who are you seeing today then?”

After giving her a brief history of the past year and told her I was seeing Carmen, Oliver Caldecott (he of the Healing Ash) appeared, “How the devil are you Ned?… Thought you’d died!” he said with a cheery smile. A shout from Victoria Huxley, a non-fiction editor, offered me a warmer welcome “Nice to see you again!” 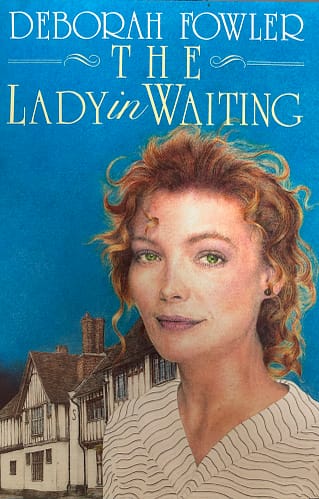 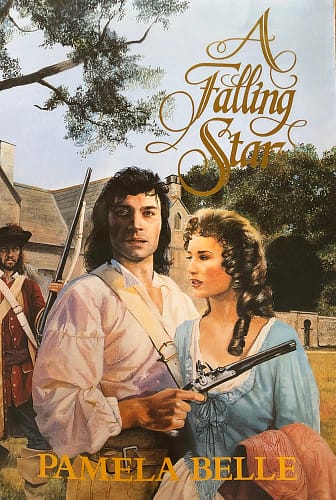 After my meeting with Carmen I was waiting by the lift I was tapped on the shoulder and, as I turned, preparing to deliver my history of the last year again, I was met by the smile of Ann Suster, a former senior editor at Sphere Books where I started. Tall, quietly spoken, pithy  of feedback and always immaculately dressed, after getting caught up about the old days Ann asked me if I was still designing, I explained about my freelancing as 2H and she asked me to come to her office as she thought she might have some cover commissions.

Ann’s briefs included some hand lettering and, using already commissioned artwork, I just had to bring the covers together. Looking at these covers today, they are very recognisably 1980s. An era where illustrators often seemed to give their characters a more than passing resemblance, either consciously or subconsciously, to their favourite film stars. The world of hardback cover design has changed so much since then, largely because of Amazon’s influence in cover importance.

After our chat Ann took me to see an editor in Hutchinson  fiction, Tony Whittome, with whom I had worked at Slatter Anderson. Tony was very much an old school commissioning editor with a penchant for tweed three-piece suits, a fob watch and chain. Slightly baffled by modern life, rather like a  P. G. Wodehouse character, Tony was a gentle man with a huge literary knowledge. He seemed to me to be a fish-out-of-water in the new, more corporate publishing world we were all navigating. Ann had remembered that I had done some cartoon work at Sphere and knew Tony wanted a cartoon for a forthcoming P. G. Wodehouse collection of stories. Life now appeared to be imitating art!

From that cheery welcome at reception, by the end of the morning I had added Century and Hutchinson Fiction to the 2H client list. Right place at the right time. It’s worth remembering that in every career you’ll not only rely on the kindness, but also the good memories of others and it will happen when you least expect it!

Next time: Deals and Devils…  Donald Trump to Kirk Douglas