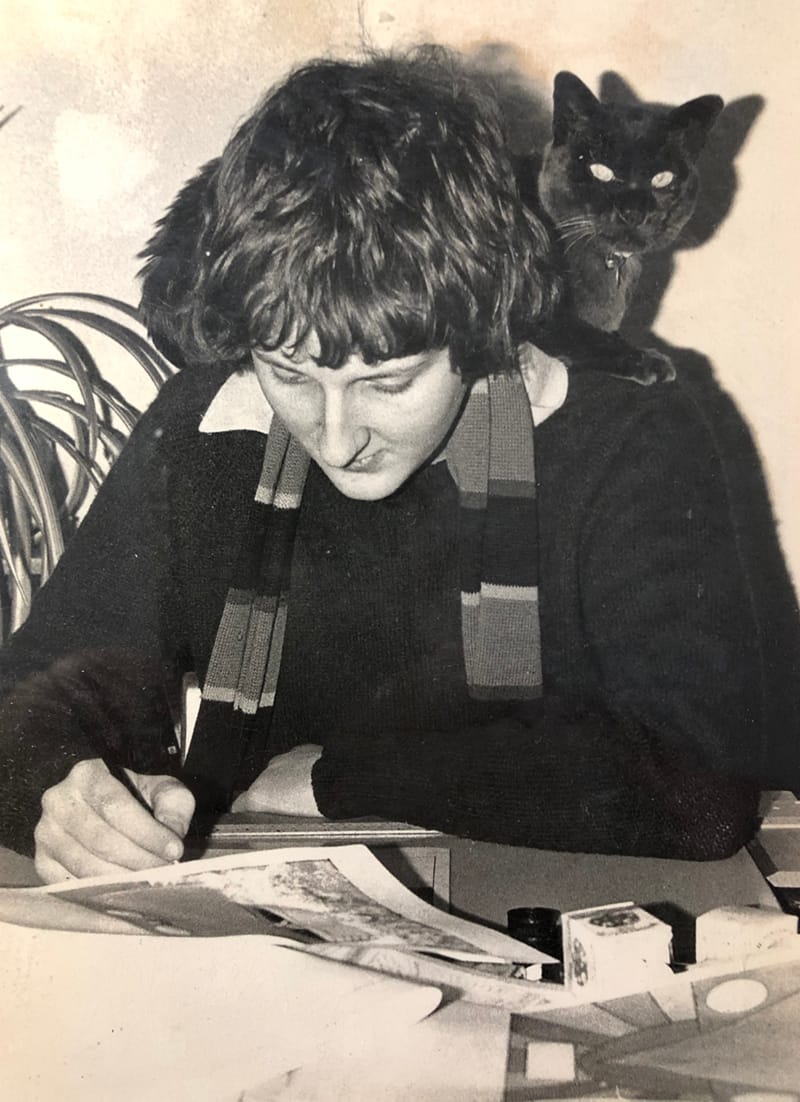 A Father’s Obsession and the Beauty of Bottleneck | Summer 1977

NED HOSTE MARCH 6, 2020 BIG IDEAS LIBRARY, HOW TO DESIGN A BOOK AND OTHER STORIES… 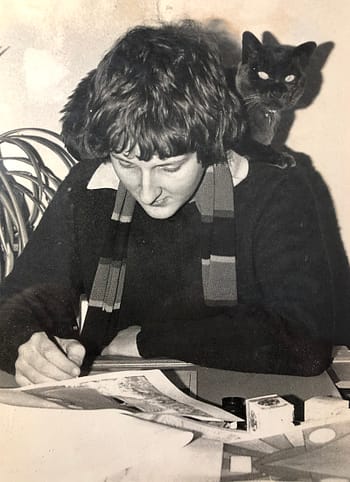 nedthedesigner working on Challenge with Ratbag on my back

I began working as a designer when I was still at school. I used to love sauntering into WH Smiths with my friends and see my covers on the shelves and I still get that same thrill seeing my work in shops 43 years on. How I came to be designing puzzle book covers is as odd as it is satisfying…

My father was obsessed with The Telegraph cryptic crossword and one compiler in particular, Colin Parsons, was his nemesis. After finally completing one of Colin’s crosswords, in his great excitement, or relief, my father dashed off a letter of victory. Weirdly and despite, I’m sure, receiving other fan mail, Colin wrote back and so started a long correspondence.

In one letter my father mentioned that I was taking art ‘A’ level and, for seemingly no other reason, Colin invited me to meet up, so that he could talk to me about working on the cover of his new puzzle magazine. That’s how, in the Autumn of 1977, I found myself approaching The Angel pub in Sutton on a grey Tuesday lunchtime to attend one of the strangest meetings I have ever had, and where I won the commission.

The scene inside the dark, smoke-filled pub had all the hallmarks of a 70s cop drama. Colin, a jolly, tall and well-rounded man, whose dress-sense was that of an unmade bed, and with a booming voice like Brian Blessed. His brother Brendon, a shadowy figure who sat in the corner of the bar shrouded in smoke and tweed who rarely spoke, were holding court in the Lounge Bar. Drinking industrial quantities of beer, they were among a cabal (or should that be an anagram?) of puzzle setters from all walks of life and publications, ranging from the national press, including The Express and The Telegraph to a compiler from the Esperanto Society.

I don’t remember much of our conversation other than the vigorous handshake, that felt like it could have prematurely ended my design career, as I left.

From this bizarre but highly enjoyable afternoon, it was arranged that I would meet a designer who worked with Penguin books. A few weeks later in his basement, book-lined, studio in one of the huge Georgian townhouses off Euston Square, I learnt how to set up three colour hand-separated artwork. This technique, almost never used today, is highly labour intensive and it’s really difficult to make sure the all colours fit together properly.

Having had my lesson I then set about making the cover layouts for Colin’s new magazine; hand painting the design visuals and making up the all the text and masters with Letraset. I used Compacta Outline and Optima for text. On the back cover, the Spot the Difference header was done in Bottleneck, a hugely fashionable typeface that seemed to typify the 70s. With the covers designed I then separately reproduced them in colour and black artwork overlays, so that they could be photographed to make up the printing plates. Making print-ready artwork in those days was hard work, far more so than in our digital era! The studio skills used then are rarely, if ever, needed today.

Challenge, Colin’s magazine, was launched in April 1978. It ran for 18 editions and I got paid. Looking back I was eager to learn and very, very cheap, but the experience and confidence I gained was invaluable to hone my emerging design skills and help me get into art college.

Colin Parsons died a few years after the magazine run ended. A lovely man, I will always be in his debt for giving me that extraordinary break.

This was on almost all the time in the fifth form common room, which was a dungeon like room at the bottom of St Albans, Gateway.

Next time, Three breaks, none of them bones