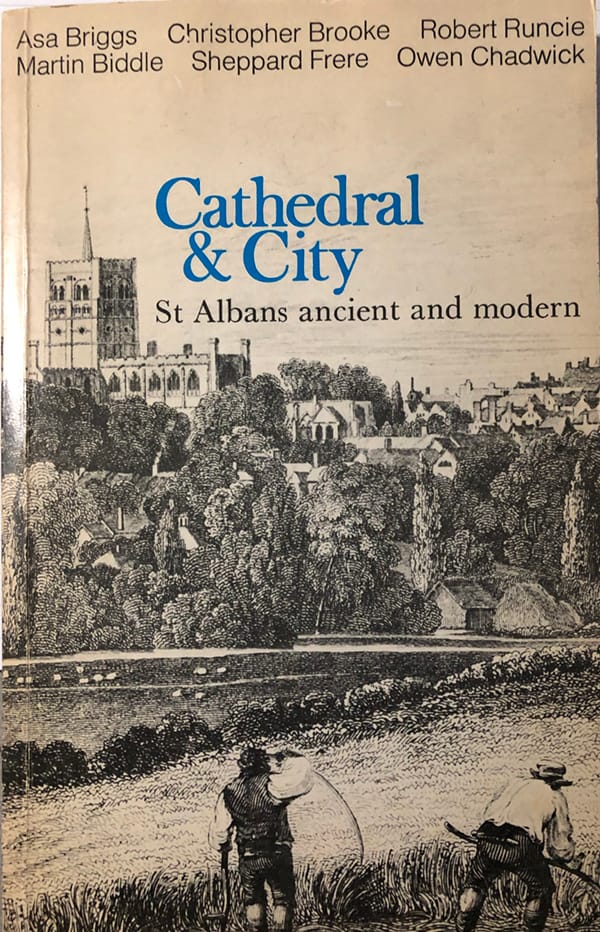 The Archbishop, the Drawing and the Apology

In the cheerless Autumn term of 1979 the Head of Art at my school, David Willacy, called me into his office to inform me, in his bluff Cumbrian tones, that Robert Runcie, the then Bishop of St Albans, wanted to talk to me about a drawing and I was to go to the Bishop’s Palace straightaway.

Mystified, I wandered round the corner and knocked on the door of the stunning Georgian building across the green from St Albans Abbey. Ushered into his study by his wife, Rosalind (a concert pianist and garden designer with the distinct air of a woman in charge of her domain), I entered a room lined with shelves, laden with leather-bound books and home to an impressive desk overlooking the immaculate Palace Gardens. Bishop Runcie invited me to sit down.

A tall, quietly spoken man, I often thought he looked like just the sort of person who would be cast as a Bishop in a sitcom. A regular speaker at my school and often seen walking out and about in St Albans, I recognised him straightaway and he told me he had just been selected as the next Archbishop of Canterbury, Primate of England, basically, the top job in the Church of England. I wasn’t sure why I had been selected to receive this information and was mentally working on this thought, as he went on to explain that, in respect of this honour, he wanted to send out a card to thank his friends and well-wishers. He had admired my school’s official Christmas card the previous year, which featured a drawing I had done of Fishpool Street in St Albans and would I accept his commission to draw the Bishop’s Palace for his card? Of course, I said yes.

I started my first business when I was 14-years-old. I was born in London but grew up in a Hertfordshire village, which matched Luke Skywalker’s description of his home planet in Star Wars, “If there’s a bright centre of the universe, you’re on the planet that it’s farthest from.” In reality it was only 15 miles from the bright centre of London but Luke knew where I was coming from.

As I moved into my teens my lack of cash was becoming a burden and, as I enjoyed drawing buildings, I put up a poster in my local tennis club offering to draw people’s houses, as a way of funding my record-buying habit. Not really your traditional teenage rebellion but it was my version. It would give me the independence I desperately craved and that alone felt wonderful.

To be honest I didn’t expect the tennis club’s enthusiasm for architectural art and especially the take up of the ‘framed option’ that I hadn’t really thought through! In a very short space of time I had several commissions that required framing. But, more importantly for me, I also had a way of making my own money and could please myself what I spent it on.

In a state of mild but not overwhelming panic, I had a look through the commercial pages of the Phone Book and came across a company called Neilsen that offered pre-cut, self assembly frames. They obligingly set up an account for me (without any age requirement, references or account application forms). Perfect, just what was needed… I was off.

Some time around the middle of 1980, just before I sat my ‘A’ levels, I received a parcel in the post with a charming letter. Apologising for the lateness of his thanks the parcel contained a book about the history of St Albans and its buildings inscribed Robert Cantuar, Lambeth Palace. I guess he had been quite busy in the new job. 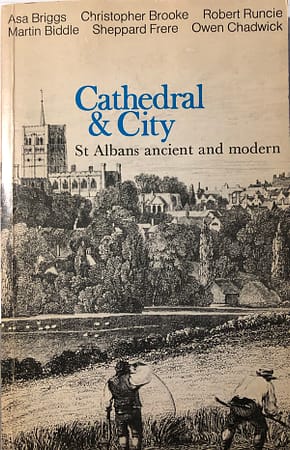 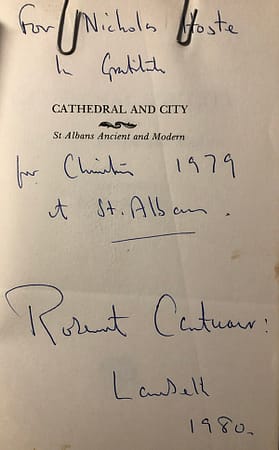 Some time around the middle of 1980, just before I sat my ‘A’ levels, I received a parcel in the post with a charming letter. Apologising for the lateness of his thanks the parcel contained a book about the history of St Albans and its buildings inscribed Robert Cantuar, Lambeth Palace. I guess he had been quite busy in the new job.

Next time, how I benefited from my father’s cryptic obsession and unwittingly discovered the smoke filled underbelly of puzzle setters and the “beauty” of Bottleneck.


This album was on heavy rotation while I was working on the drawing.