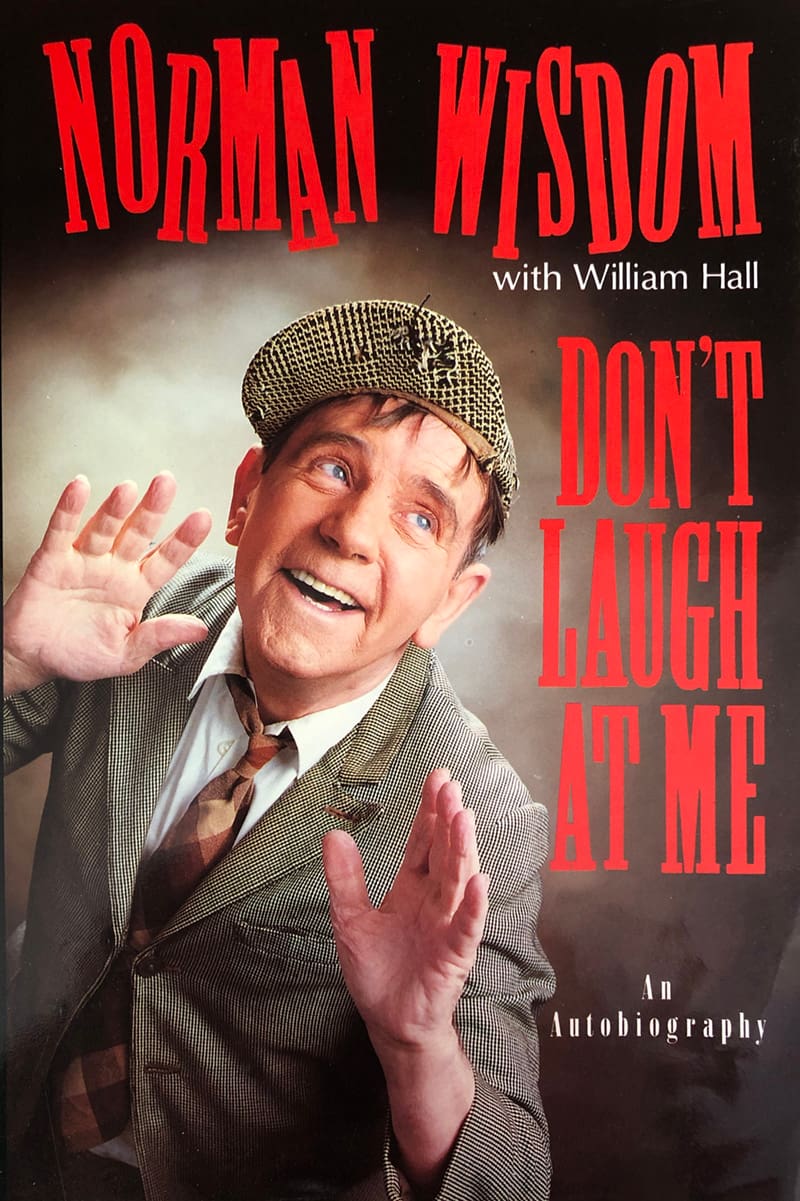 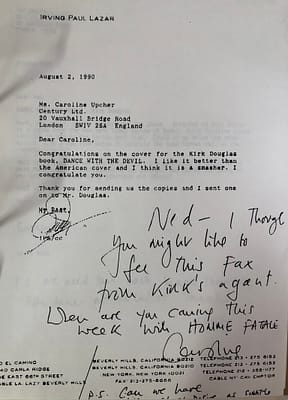 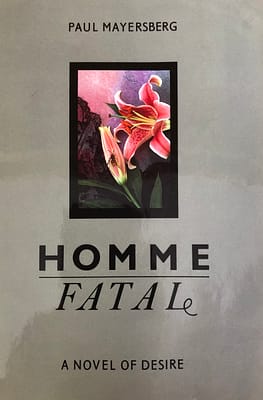 A couple of months after Kirk Douglas’s book had gone off to print Caroline Upcher sent me a fax from Irving Lazaar . Irving “Swifty” Lazaar was an American talent agent and deal maker. Dubbed “Swifty” by Humphrey Bogart for his speed at putting together deals, he was renowned in the 80s and 90s, such was his notoriety The Muppet Show claimed he was Fozzie Bear’s agent!  He had good taste too, preferring my UK design for Kirk’s book. At the time I was working on a cover for Homme Fatale, a book which was to be promoted in a similar way to 50 Shades of Gray some 20 years later. Swifty’s praise gave me a great boost as I began work with the hugely talented photographer Linda Burgess.

Linda specialised in still life imagery, primarily flower photography. I was lucky enough to go on to work with her on covers from Bernice Rubens and Marsha Hunt, more of which later. In an age before photoshop, Linda’s shots were all created in the lens with a very delicate graininess added during processing to soften the photograph’s realism. At the time there was a very conservative, if not puritan, view on covers by the big main booksellers and we had to tread very carefully. Their rejection of a cover meant they would not have the book in their stores and would lead to a big hit on sales.

Working with the photographer Koo Stark, we had already had one cover rejected for an image which was deemed to show a woman being too predatory for Beverley Sassoon’s book Fantasies. We had to make the image smaller and crop it differently to finally get it through. So, it was decided a more abstract approach was required for Homme Fatale.

It was around this time I started working with the Arrow publicity department, which was back to my earlier work of mass market paperback publishing. Happily for me it was the start of a very rich seam of work which would last for many years. Louise Weir was a face from the past working in the hardback division of my  Slatter-Anderson days and had briefed me on projects when Robin was on holiday. Tall, forceful with an enthusiastic take on 90s power dressing, in particularly bold houndstooth skirts, Louise was a tough taskmaster. She always had a strong idea of what she wanted, however would listen to alternatives if the original brief wasn’t working. Now at Arrow, Louise asked me to come and see her to discuss some promotion projects, one of which was for the paperback launch of John Grisham’s first novel The Firm. It was a full promotion: trade, press ads, point of sale, tube posters and bus shelter posters. Within a few months I was looking at my work spread out all over London, it felt great!

Around the time I was working on The Firm campaign I was also asked by Caroline to design the cover for the first volume of Norman Wisdom’s autobiography, co-authored with William Hall. At the time Norman was 75 and still very spritely. The photograph had been taken but we were allowed to adjust it to make the cover work. We decided the type should have a retro feel, to reflect the film poster style from the height of his fame in the 50s and 60s.

One day I was coming out of the publicity department and I saw a small man, nervously wandering down the corridor towards me looking a little lost. It was Norman. He stopped me and asked where Caroline’s office was. I told him he was on the wrong floor but I was happy to guide him. We got talking as we waited for the lift and, on supplying my name, he said, “Ned, that’s unusual…” he paused, “hang on, are you designing the cover of my book?”

I was very conscious of my height, as I was a clear foot taller and his hands were so much smaller than mine with little strength in their grip. Once out of the lift, he left me with a cheery, “Goodbye”. A few days later to my delight I got a letter from his co-author.